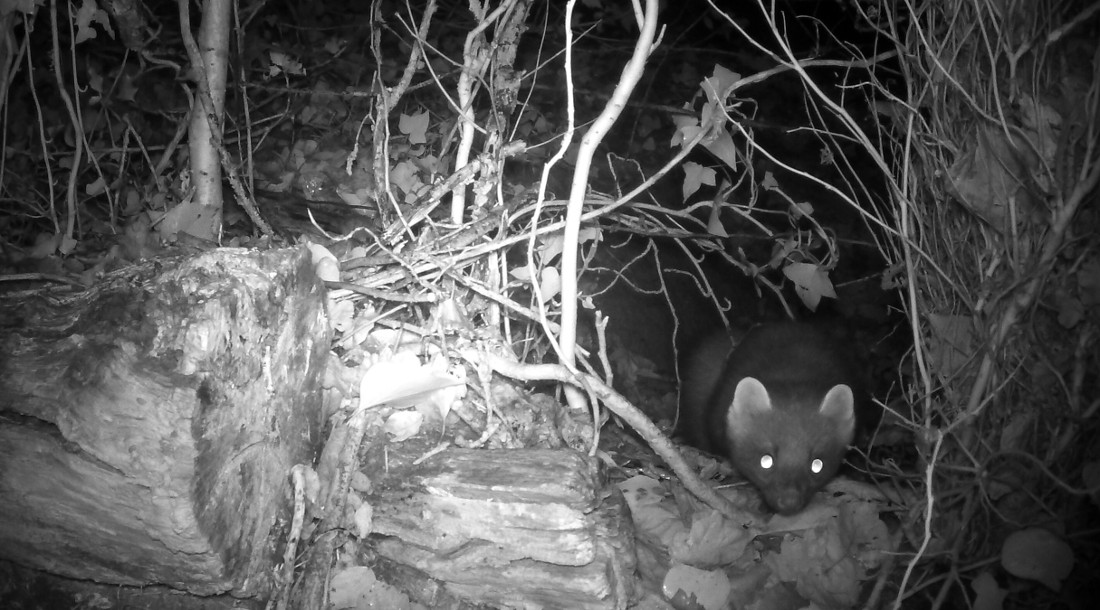 A tale of two squirrels

Half of Ballykilcavan is covered with forestry, so it's always been a huge part of the farm, geographically, economically and environmentally. A lot of the forestry is mature native woodland, and it's here that I remember frequently seeing red squirrels scampering up the trees to hide whenever we walked near them. Their main tactic was to get a tree trunk between you and them and then stay still, but if you were patient enough, they'd get brave eventually and jump off across the branches to get away.

Sometime around the mid 90s, though, they started to disappear. We soon realised that grey squirrels were coming into the woods, and were driving out the reds. It was partly because they were simply bigger and stronger, partly because they were able to digest less ripe nuts than the reds, so they could use up a lot of food before the reds were able to eat it, and partly because they carried a disease that didn't really affect them, but made the reds really sick. At the time, we thought that was it, and we were stuck with the greys. They spend a lot more time on the ground, so they kept the dogs entertained chasing them, but they do a lot of damage to young trees in particular and with them around, there was no chance of the native (and frankly cuter) reds returning.

I took over the farm in 2004 and got used to seeing greys (or tree rats as we fondly called them) around the woods and even the yard, but then in about 2008, we started to see fewer and fewer of them, and instead found a few clues that we had a new visitor: pine martens. Shortly afterwards, Ballykilcavan was included in a major NUIG and WIT study of pine marten/squirrel interactions, and they confirmed that we did indeed have martens moving in, and that this was a big problem for the grey squirrels. Because they really do spend more time on the ground, they're easier to catch, and because they're much heavier than the reds, they can't get to the end of a branch to escape, so they were slowly getting hunted out of the woods. We put up a few marten boxes around the forest for them to nest in, and we got our reward when we started to see a trickle of red squirrels returning to the woods. Having spent thousands of years living alongside the pine marten, they were quite happy to share our woods with them again.

One thing about pine martens is that they're very nocturnal, so your best bet to see them is with a wildlife camera. The photo at the top of this page was taken by Adam and Harry O'Brien (with a bit of help from Dad Tom) up in Ballyduff woods - about 2km from the farmyard and brewery. They're a shy animal, though pretty vicious if they're cornered, but they've had a major effect on the woods here, and even if we don't get to see them very often, we're very glad they're back again.

← Back to main blog page