Ballykilcavan Farm has been the home of our family for 13 generations. We have lived and worked here since 1639, and diversification has always been important to keep our farm viable for future generations. When I took over Ballykilcavan from my father in 2004, my motivation was to try to sustain it so that someone else would be able to take it over from me.


After farming here for 10 years, it became obvious that just growing barley wasn't going to give the security that I was looking for, and so we started to look at alternatives. The new brewery and visitor experience are our attempt to keep the farm in the family.

Ballykilcavan is a 440 hectare block of beautifully landscaped farmland and forestry in the heart of Ireland. We are very fortunate that our ancestors loved the look of the farm and left in almost all the landscape features, particularly the hedgerows and trees in the fields. We also still have our original 18th century stone farmyard, 19th century stable yard, walled garden and gardener's tunnel as well as the champion black walnut tree of Ireland. 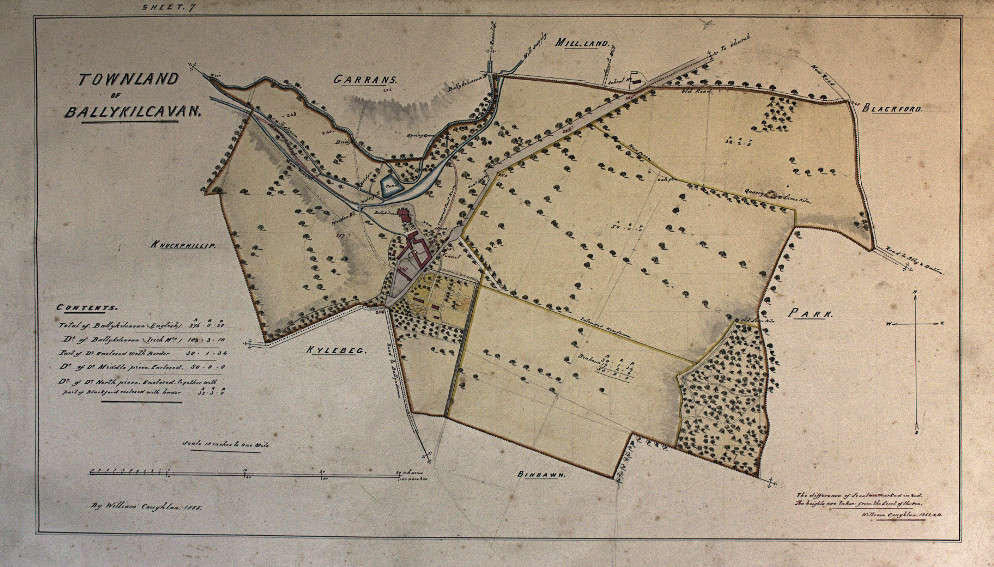 Traditionally, Ballykilcavan was always a mixed farm, with woodland, grass for livestock and fields of crops. We still have a lot of grassland, but we also grow the barley we us to make our beers and a crop of barley for Waterford Distillery. Ballykilcavan is situated in prime malting barley growing area, just outside Stradbally, Co. Laois. We have been growing it here for at least three and probably five generations and our barley is malted by Minch Malt, just 11km down the road in Athy.

"The best barley that ever came [into the distillery] is from Ireland... It’s a fantastic growing region... The best place to grow barley in Europe is Ireland" - Mark Reynier, Waterford Distillery.

We have won a Boortmalt barley grower award, and won the first ever Best Barley Cup for Waterford Distillery growers. With the opening of a brewery at Ballykilcavan, we are now able to use our award-winning barley to produce our own beers.

Our brewing water is sourced from our own well, which was specially divined in the 18th century farmyard just outside the brewery building. As well as our own barley, we also have a small but expanding hop garden, and we grow both bittering and aroma varieties. They are mainly traditional British varieties, along with a few early maturing American varieties.

The hops are harvested in early October each year and we use them to brew our unique Fresh Hopped pale ale, where all the barley, water and hops are sourced from within 500m of the brewery.